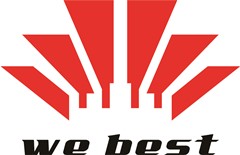 The Lingering Garden was listed from the first as cultural relics of national importance in 1961. With an area of 23,310 sq.m.it is celebrated for its artistic way of dealing with the spaces between various kinds of architectural form. Buildings make up one third of the total area of the garden, the hall of which being the most remarkable in Suzhou. The garden is separated into the middle , eastern, northern and western parts. The ancestral temple and the house lie to the south of the garden.

Featuring man-made mountain and lake scenery in the west and garden courts in the east, the middle part of the garden is the original site of the Xu's East Garden and the Liu's Hanbi Villa, and is regarded as the best part of the whole garden. The eastern, northern and western parts are the extensions of the Sheng's Garden. The eastern part is noted for its strangely shaped limestones, the northern part idyllic scenes, and the western part the delights of woody hills.

A winding roofed walkway behind the small entrance of the garden, while leading to the places of quietude, shows the masterly use of contrast between big and small, straight and zigzag, and light and shade. After strolling for about 50 meters, one can catch a glimpse of
lattice-windows revealing a half visible landscape garden behind. Interestingly enough, the view is changing at every step.

The middle part of the garden is centered upon a lake with man-made mountain in the north-west and a number of attractive buildings in the southwest ,such as the Hanbi Mountain Villa ,the Pellucid Tower, the Green Shade Pavilion, the Zigzag Stream Tower, the Hao Pu Pavilion, and the Refreshing Breeze Pavilion by the lake. The mountains made mainly of yellowstones and earth, believed to be designed and piled up by Zhou Binzhong, look very much archaic and splendiferous. The admirable Crane House, the Small Garden of Stone Forest, the Return-to-Read Study in the east with the Celestial Hall of Five Peaks as the chief structure are laid out in such a way that the indoor spaces have been brought into perfect harmony with the outdoor spaces. With an evocation of infinity, they are successfully made to be labyrinthine.

The northern part is now a bonsai garden in which about 500 valuable bonsai are put on display.

The western part of the garden sets a fine example of good-looking earthen hills studded with yellowstones and covered with maple trees. There is a winding brook lined with peach trees and weeping willows.

The number of stelae in the Lingering Garden has never been surpassed by any other gardens in Suzhou. Superbly inscribed with the works of more than a hundred calligraphers in the Jin, Tang, Song, Yuan, Ming ,and Qing Dynasties, these invaluable stelae bring to light the evolutionary course of Chinese calligraphy in the past 1,000 years. Share to:
Previous: Yangcheng Lake in Suzhou Next: Volunteer activities in April

Mr. Richard
What can I do for you?
Contact Supplier